Kevin has been adopted

Kevin is undergoing some medical evaluations and is not adoptable at present.

Kevin is a sweet, long legged, dapper young fellow who found himself in the care of the CCRT when his owner moved out of the country. Kevin lived a very sheltered life and did not know what life was like outside of the four walls of his apartment as he never left them.

Kevin arrived into foster stressed, panicked and understandably distraught. It took a week for him to decompress and another week to settle comfortably into his foster home. Kevin was incredibly nervous and avoided interaction initially in foster, keeping his distance and howling out of fear from the corner. With his foster homes’ proper guidance, this behaviour improved daily and is no longer an issue in the home, he is completely settled in and happy as can be. However, his extreme stranger danger continues to be an issue to work on as the current social distancing situation has made it that much hard for his foster family to help him overcome.

Kevin really enjoys going on walks with his Chi friends now that he knows what it means to be out and able to explore. His tail wags when his harness comes out and he does circles and races around till he gets suited up to go. Kevin walks confidently with his tail up and wagging. We can now walk by people on the sidewalk without issue but if those people attempt to stop and chat, he will begin to panic at the end of the leash and flails himself around – that is his typical reaction. His foster family is working on this with him but currently, he will not let anyone he does not know near him. That is the reality that is Kevin right now, but his foster family knows that with time, guidance he will come around quicker and quicker to new people.

Speaking of the resident Chi’s, Kevin LOVES having friends, he thinks his new Chi friends are pretty darn cool as well as the foster home cats. He engages in play with them and is also learning that toys look fun as well but still a bit awkward with how to play with a toy, that will come with time. This is HUGE progress for a dog that did not know what other animals or toys were about when he arrived. A confident dog friend of similar age and size is a must in his new home.

Kevin is fully pee-pad trained, he never went outside, so he has no idea that doing his business out there is even an option. His foster home, both two and four-legged, have been working hard on getting him to consistently go outside and he is about 75% there. YAY!

One final thing to bring up that his foster family has learned about Kevin is that he has some minor food sensitives. Nothing major but still something to consider and the foster family will discuss further with any possible applicant.

Now for the hard questions. Are you the right home for Kevin? Below is a checklist of what we are looking for in a family for Kevin. 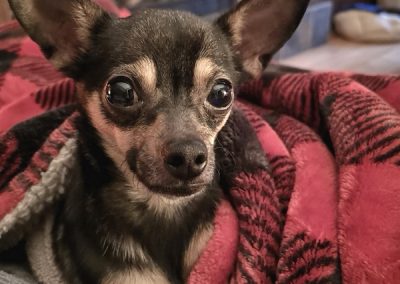 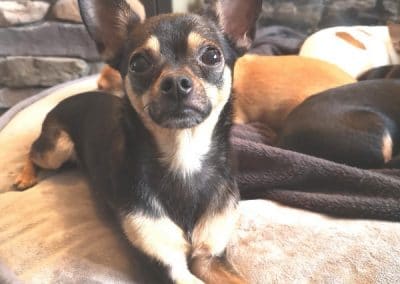 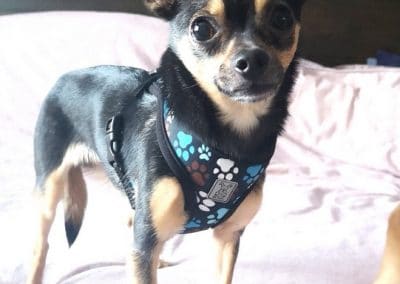 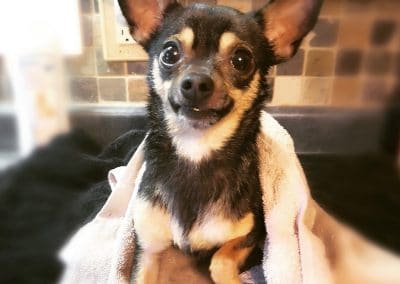 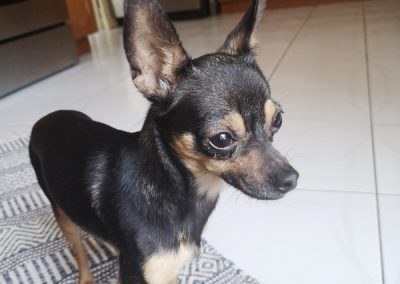