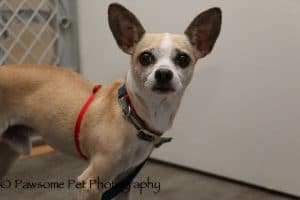 Otto has been adopted!

Otto is a sweet boy that loves attention. His favourite activity is to snuggle with his foster mom or play with her hands. He has good bite inhibition during play.

He is house trained, though he does mark his territory indoors sometimes. This has improved somewhat in the short time he has been in foster care and will hopefully continue to improve after he gets neutered. He has learned to wear belly bands while at other people’s houses to avoid marking their houses.

Otto is still learning his leash manners and will pull and bark at every person and dog he sees. He takes his sweet time to mark absolutely everything. He walks with a harness due to his level of pulling and the sensitivity this causes on his trachea if walked with just a collar and lead. It took some time for him to allow foster mom to put his harness on without reaction, but he accepts it now. Otto will need an owner with patience to help him learn to walk without pulling quite so much. He does know some basic commands such as sit, down, and shake a paw.

Otto has met other small dogs and has not reacted negatively to them. When met with the occasional growl, he simply leaves. Clearly, he’s not about the drama! Otto is not a fan of big dogs, however, and will become aggressive in their presence.

Otto can be wary of new people, but will warm up fairly quickly or at least ignore them. He needs support and encouragement when meeting new people to ensure he doesn’t feel overwhelmed. If someone tries to touch him before he is comfortable, he will try to bite. He seems drawn to men more than women. Otto is NOT a fan of the vet or groomer, and becomes aggressive in these places. He’ll need a home willing to work on this with him.

He sleeps quietly at night in his own bed, but will make sure to come into his foster mom’s room by 8 am to get her up. Otto firmly believes that every day should start with a wagging tail and wiggling bum.

He can be a bit of a barker at times, particularly when being left alone, although this seems to have improved since learning a new routine.

Otto’s perfect home would include adults only, or children over the age of 12, and people with some dog knowledge in maladaptive behaviours to ensure safety, particularly when meeting new people. Otto’s new family needs to be accepting of marking behaviours while continuing to work on them, and happy to go on long walks with this little guy (he loves them). Due to his barking, a detached or townhouse would be best for Otto. He would be great as an only dog, but would likely be fine with another small dog companion as well. 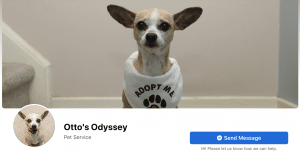 If you meet the criteria for Otto’s new home, please fill out an adoption application. You can purchase a sweater and/or blanket for him, or any of our other foster dogs. 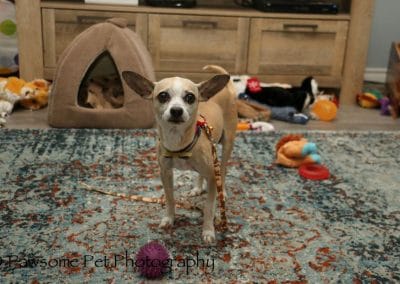 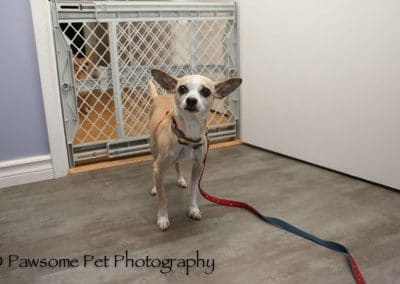 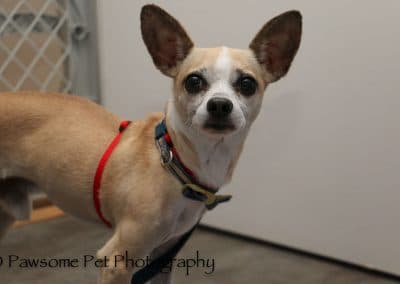