We realized that it’s coming up to a year since Lucky joined our family and I thought I’d send you a quick update!

Lucky quickly made good friends with our cat – they play quite crazily and they both like to join Marc and I in the evenings in the Rec room to watch tv.  There’s a picture below of them waiting for us to join them in front of the tv.

Lucky has also made good friends with our boys!  Surprisingly our younger boy Adam (the one Lucky bit in the early days) have especially bonded over a love of playing together and soccer!  This spring the kids broke out the soccer net in the backyard and Lucky joined in!  He blocks (and does the funniest growly sound when he taunts you to kick the ball while he bounces in front of you trying to block the ball) and he chases the ball and scores and just is the first soccer playing chihuahua I’ve ever heard of!  He’s not much bigger than the ball. Yet he’ll throw himself in front of it to block. It’s hilarious – and he just beams with the biggest smile when he plays.

Adam and Lucky regularly wear themselves out together. Adam always says Lucky is his best friend. And Lucky laps up all the cuddles and attention when the kids get down on the floor with him.

He has joined us on long family walks to the beach as well he’s joined Marc on big long “exercise” walks that Marc at first though Lucky couldn’t handle. He certainly can go and go. There’s a very funny photo Marc took of him below that he turned into a magazine cover!

Lucky wasn’t that comfortable with kids at first but has been such a happy adjustable soul.  Now if we pick up the kids from daycare on foot we take Lucky along where he’s welcomed into the school/daycare and all the kids know him and run up and he just calmly sits while they coo about how cute he is.

He hasn’t bonded with any of the neighbourhood dogs really but the dog owners all know him well and his “outfits” from the winter. He just wants to please and even learned quickly to do his business outside – only using his pee pads if we’re both at work for a exceptionally long time. He’ll still do anything for a raw vegetable or an apple. And just spins in circles if you tell him he’s a good boy. And I have stayed his special person which I love. He’s been very good for me.

We have completely fallen in love with the little guy. So much so that we can’t imagine he is with us less than a year!

Thanks so much again for all your help in the early days and thanks for all you do for the other “Luckys”! 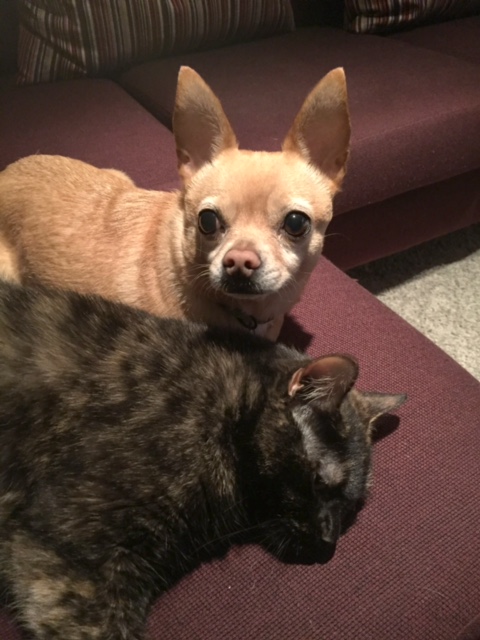 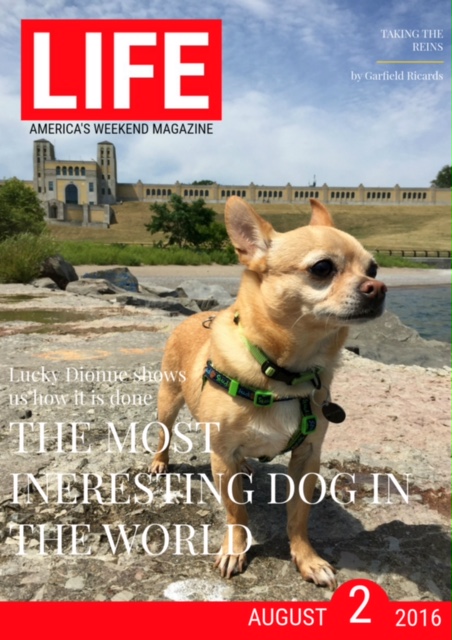