Hamilton has found a New Home!

No further applications will be accepted.

Meet Hamilton! This little gentleman is tiny, dark and handsome with soulful eyes and a crooked little tail.

Hamilton – AKA The Hamster – was previously being cared for in a shelter, before CCRT volunteers swooped him to have him vaccinated, microchipped, neutered, given dental care and transported to a foster home in Oshawa where he’s currently staying.

His foster mom reports that he’s settling in very well and gets along with his two foster brothers, a Labrador and Chihuahua. Apparently he is quite social with other dogs, both big and small and the Labrador is a comforting presence when Hamilton’s foster mom is not around. This little guy does have some separation anxiety and barks when left alone, although not as much as he did initially.

Other than that, he’s an easy-going guy and loves to snuggle on the sofa and give kisses. He tends to follow his foster mom around and sometimes whimpers a bit when he isn’t getting the attention he wants, but he’s not a pest, he just loves his people! He was exposed to cats on one occasion and while he raised his hackles a bit, he seemed mostly reserved around them, not aggressive.

Hamilton is quite the explorer and loves to run, jump and spend time in his backyard. His foster mom has taken him for several walks on the leash, which he tolerates, but he tends to walk very slowly and seems to prefer being carried.

While he mostly does his business on the pee pads or outside, he has had some accidents in the house, although with training and an established routine, these should become less frequent. As an avid explorer, Hamilton would love access to a fenced backyard.

This cuddly cutie has a funny little wiggle when he walks, but he doesn’t seem to have difficulty using stairs or jumping onto the sofa.  The vet x-rayed Hamilton’s back end – including his tail – and said his tail doesn’t appear to have been broken, although he does have mild to moderate luxating patellas. According to his vet, these are unlikely to cause issues other than a mild case of ‘the wiggles’. He also has two lower teeth that protrude, giving him a charming snaggletooth expression.

If you would like to adopt Hamilton, please fill out an adoption application. You can purchase a sweater and/or blanket for him, or any of our other fosters dogs. 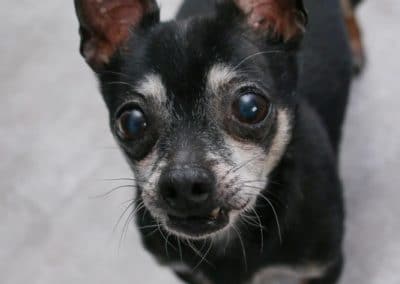 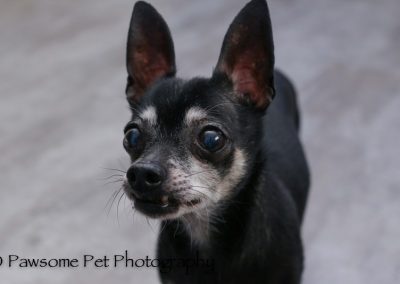 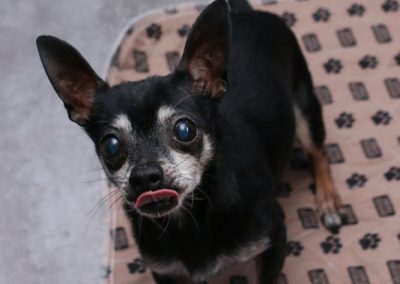 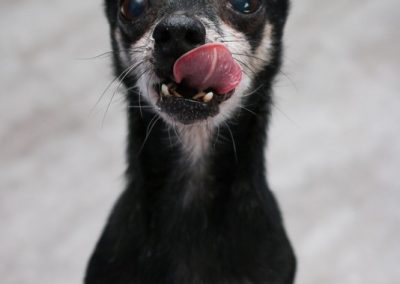 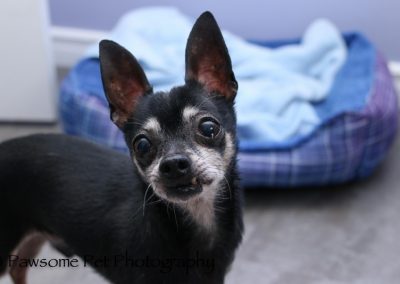 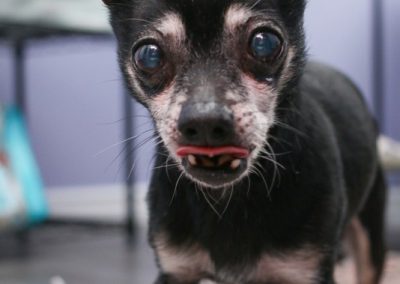 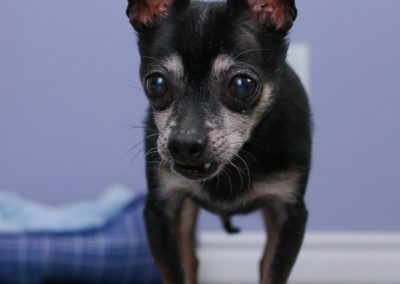 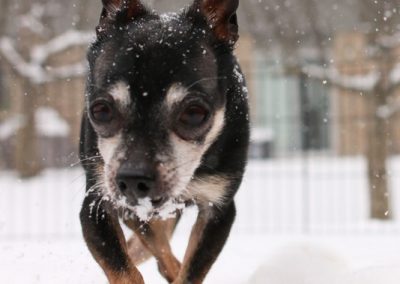 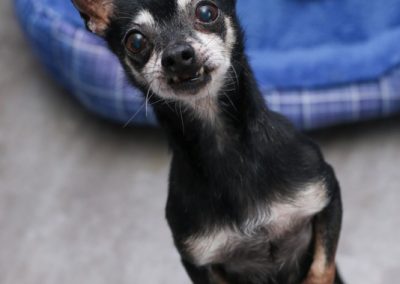 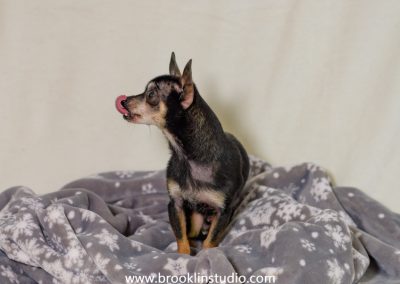 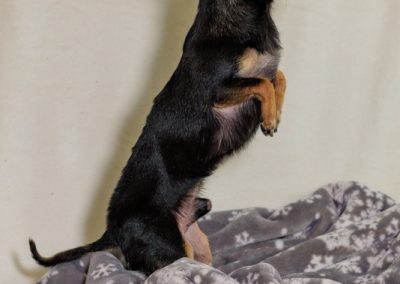 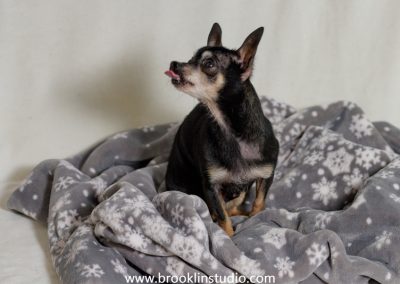 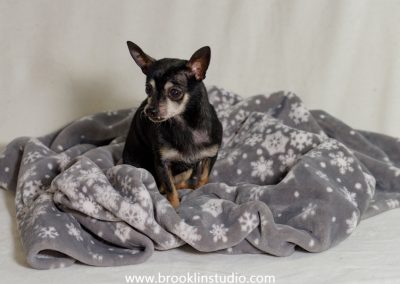 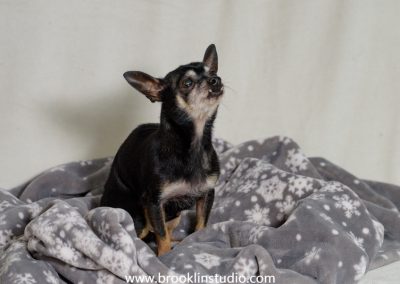 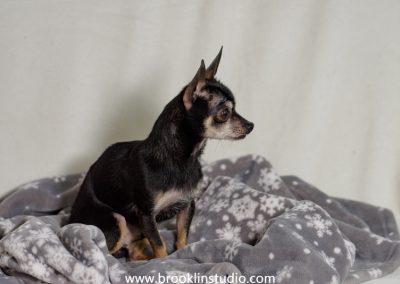