Kiyo has settled in well with the 3 resident Chis here

He is shy with meeting the humans and will low grumble or run away but once he realizes it is two more hands to pet him and another lap to sit in, he is over it.

Kiyo is a vocal pup and will let you know when he wants something.

He can jump up to the couch however will try out his best whine coupled with his sultry amber eyes to get you to lift him up instead.

He is uncomfortable when a human picks him in their arms and squirms a lot until his butt and legs are firmly supported. He enjoys playtime and will often bring you a toy to play fetch or tug with.

He has decided he no longer wishes to eat from the food bowl that came with him however will eat from a side plate because the humans in the house decided hand feeding was not going to be a lasting option.  He appears to be comfortable being left alone while the humans are out however becomes very excited when he sees you again and at times will tinkle a little when he greets you or gets excited during play time. He begins each car ride with a serenade that can last 15 minutes or longer but is quieter if he is beside a human in a vehicle. He travels in his carry case.

This boy LOVES being outside! Now that he has figured out the door to go to to be let out he is there frequently and enjoys staying outside to play and run around the yard either by himself or with another Chi. He is overweight and we are working on this with him.

He does have the adorable underbite and rest of him appears healthy according to his vet check. 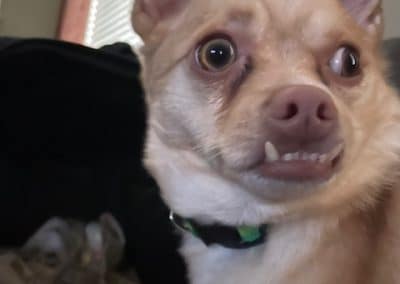 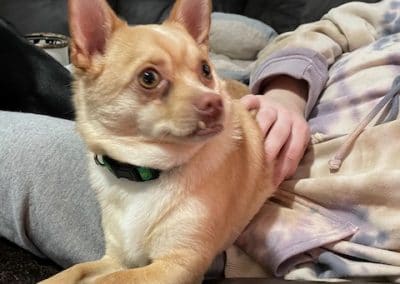 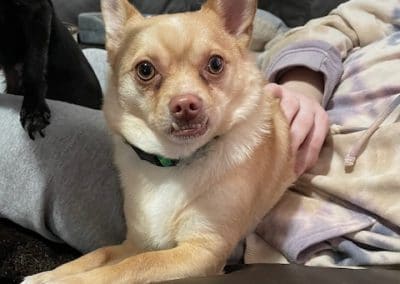 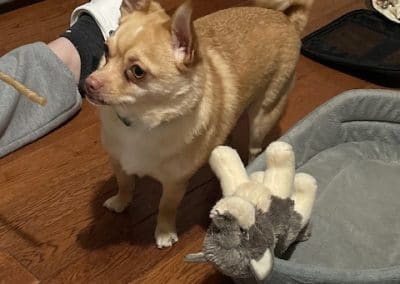 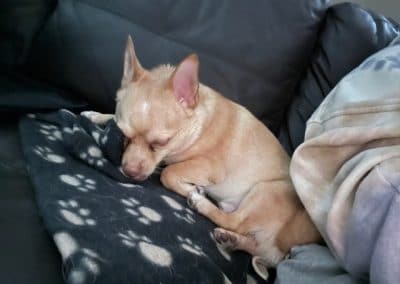 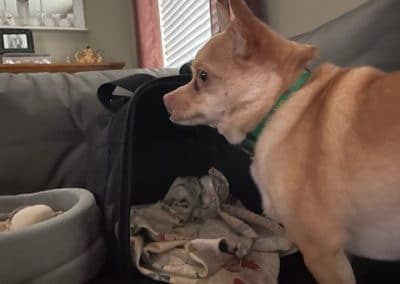