Mr. Bean is an adorable little fellow between 10 – 12 years of age, though he has the youthful appearance of a puppy (lucky guy!).  He was picked up as a stray and found his way to CCRT via a shelter.  Mr. Bean has spent the last month under CCRT care, recovering from a dental infection that was treated with an extraction and antibiotics.  We are thrilled to report he has gained a little weight and his most recent blood tests have come back normal showing he is clear of any infection or detectable illness! This means he no longer requires medication. Mr. Bean has an enlarged liver and spleen for no discernible reason which doesn’t seem to be causing him any problems.  He has a grade 2 heart murmur which isn’t posting any trouble and requires no treatment.  He has bilateral luxating patellas which give him a funny gait, but it doesn’t stop him from getting around the house and taking short walks around the neighbourhood.

Mr. Bean has not had any toileting accidents other than his first day in his foster home, which is completely understandable. He does not use pee pads but will go to the back door to let his foster parents know he has to do his business outside.  It is quite clear that Mr. Bean has been crate trained as he prefers to spend his bedtime in his crate.  During the day time however, he appreciates a good snooze on the comfy sofa.

He loves people and  is not shy at all! He is definitely a lap dog and loves to spend his free time nestled on your lap or snuggling up next to you.  Mr. Bean gets along with dogs and is OK with cats but can be expected to occasionally bark at his feline friends. Speaking of barking, he is rather quiet but he can’t resist a good bark at the doorbell.  He will also bark when he initially meets new people.

Mr. Bean would be the perfect dog for a senior, a couple, or a family who isn’t overly active.  He enjoys his walks but short walks are sufficient and best for Mr. Bean.   He would be a great addition to virtually any family that is looking for a lap dog as he is so agreeable, laid back, and loving.

If Mr. Bean is your kind of man, he hopes you’ll complete an adoption application for him. You can also purchase a sweater and/or blanket for him, or any of our other fosters dogs.

Please consider becoming a CCRT Sponsorship Angel for any of our foster dogs by making a donation towards their care. 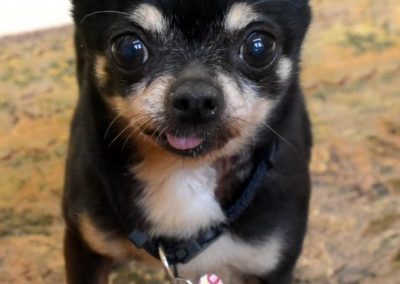 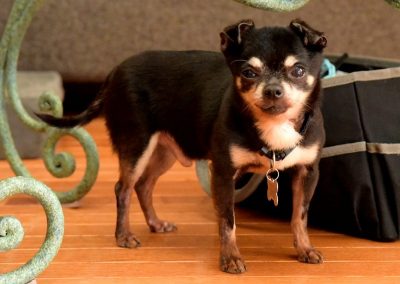 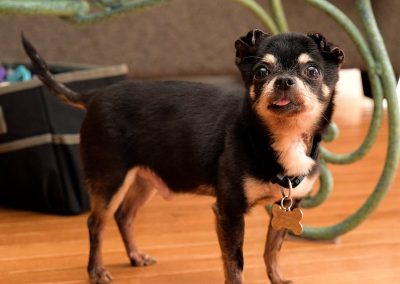 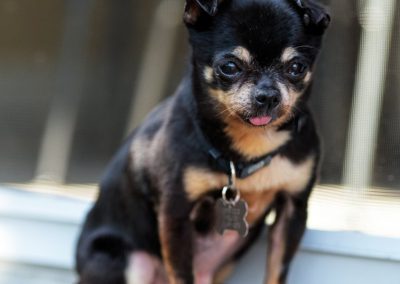 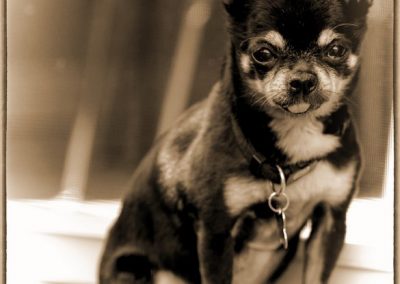