Neo has found a BFF and a Forever Home!

We are overjoyed to announce that Neo has been adopted, along with Sydney whom he met in his foster home!

Be sure to visit Neo’s Facebook page for updates on his antics!

Neo has recently come into rescue after being bounced between several homes in his short 7 months of life. Despite this, he is a happy-go-lucky pup looking for love. As Neo is a puppy, he has a high level of energy, but is more than happy to snuggle when he is tired of playing. He loves going for walks, roller blading, going to the dog park, and playing fetch with toys. Neo will require extensive play time, exercise, and ongoing training as he is still a young pup who is full of puppy energy, puppy love, curiosity, and he is now at the perfect age to train him to be a polite, happy, well-behaved dog.

He has significant bilateral luxating patellas (gr. III-IV) which makes his gait is a little wonky but does not cause him any pain nor slow him down. No treatment is required.

He appears very well balanced behaviourally. Neo is very interested in meeting everyone he crosses paths with. In addition, he seems good with dogs of all sizes. When Neo feels overwhelmed by a larger dog trying to engage him, he will simply remove himself from the situation. His foster Mom feels that his personality will be a little more on the dominant side. He gets along well with the other small resident dogs in the foster home. When his puppy energy overwhelms either resident dog, they growl at him. He listens and responds well to their warning and will back off.

Neo has exhibited some mild issues regarding food around other dogs. He attempts to to boss them around so attention needs to be paid during feeding or treat time.

He is a little love bug, and likes to be by his foster mom when resting. He prefers being by her side rather than on her. He will also follow her everywhere she goes. Neo enjoys getting snuggles, sleeping close, and touching his human whenever he is chilling. This however is not a two way street. Many times when he is snuggled up he does not want to be pet and will let you know by biting. For this reason, Neo will only be adopted out to a new home where there are no children (18+ only).

Neo has fairly significant separation anxiety, which is an understandable reaction to being bounced from home to home to home. He has improved during his short time in foster care and is learning that his foster mom will always return home. The two resident dogs seem to provide him some comfort when being left alone in the home. He does not do well being isolated from his human or other dogs and will become quite vocal. Due to his separation anxiety, he would be best suited to a family where he is not left at home alone for long periods of time (eg. family being out of the house for a typical 8 hour workday plus travel time). If he were the only dog in the household, he should not be left alone in the home for more than 3 hours. If he has a companion in the household, this could be extended to 5-6 hours. Due to his separation anxiety and the noise this causes (loud barking and crying for extended periods) Neo is NOT suitable for apartment living. He has shown improvement in this area, and will continue to improve with time but at this moment, he should not live in an apartment/condo.

His housebreaking is a work in progress and he is a marker. Hopefully this will improve as he has just been neutered. He marks less than when he first arrived and was marking everywhere. Neo’s current housetraining regimen includes positive reinforcement when he goes outside. His favourite place to mark indoors is a chair, which is now protected by pee pads which results in marking the pee pads. Neo’s new family requires patience and understanding and must commit to continuing his housetraining to see him through to success. Patience, positive reinforcement, regular bathroom outings and routine will ensure Neo’s success.

Neo has his very own Facebook page where you can watch his adorable antics – https://www.facebook.com/FindingNeoCCRT/ 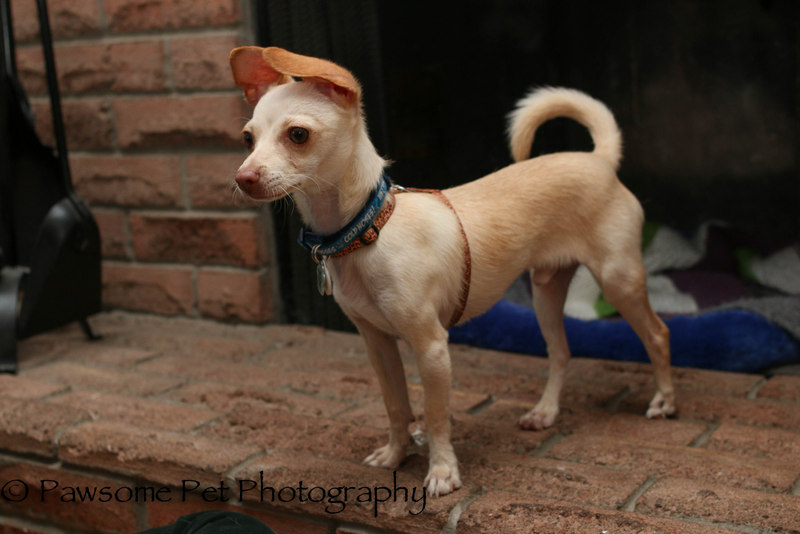 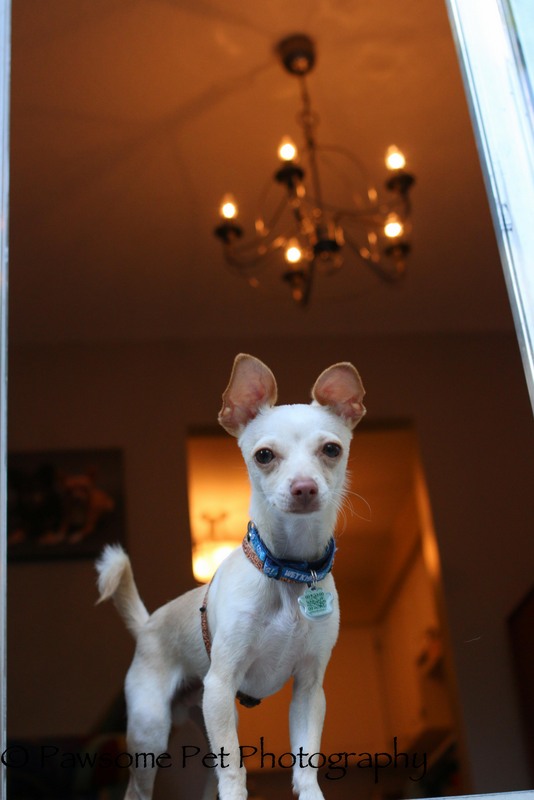 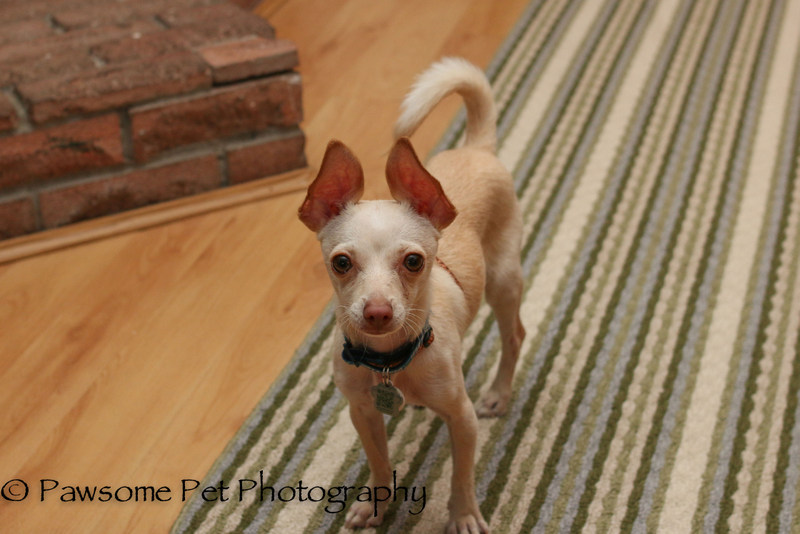 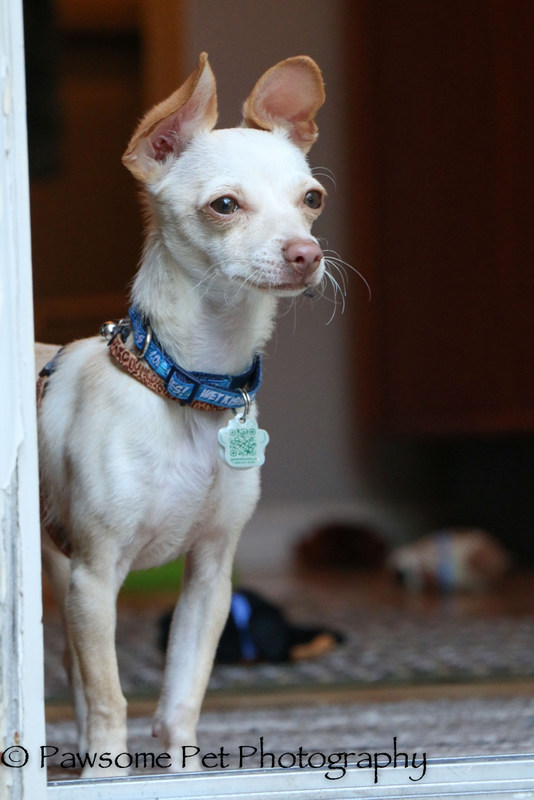 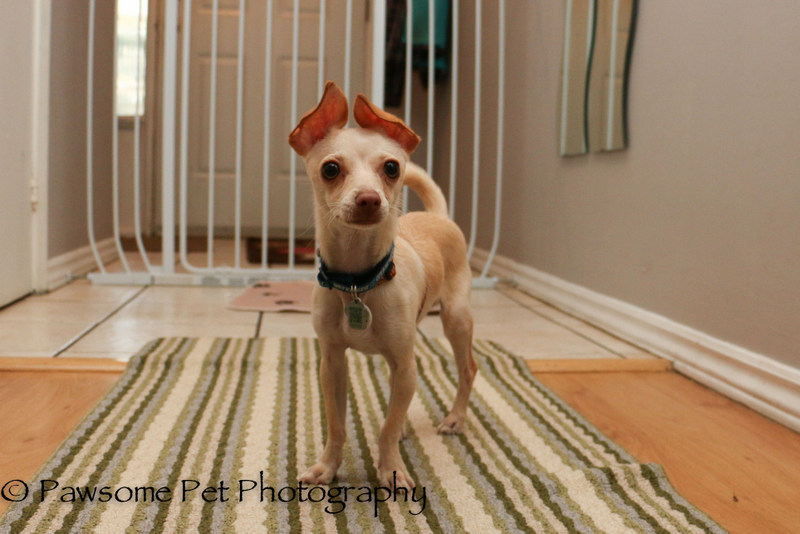 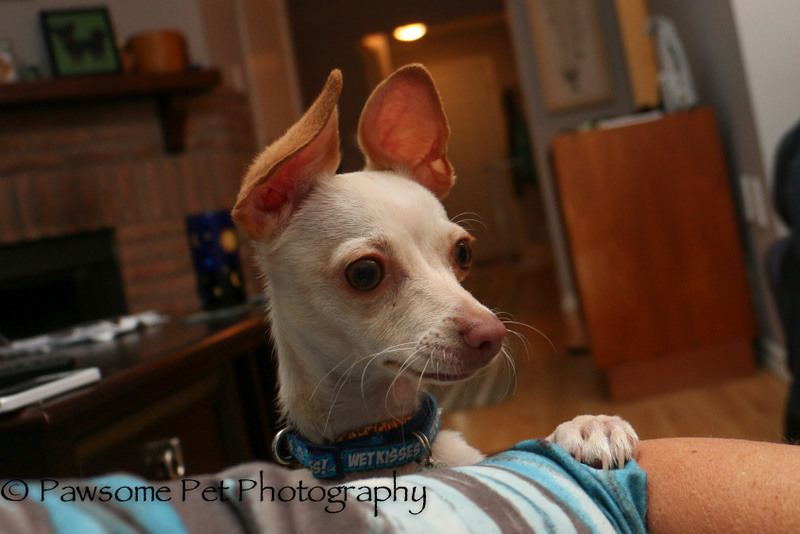 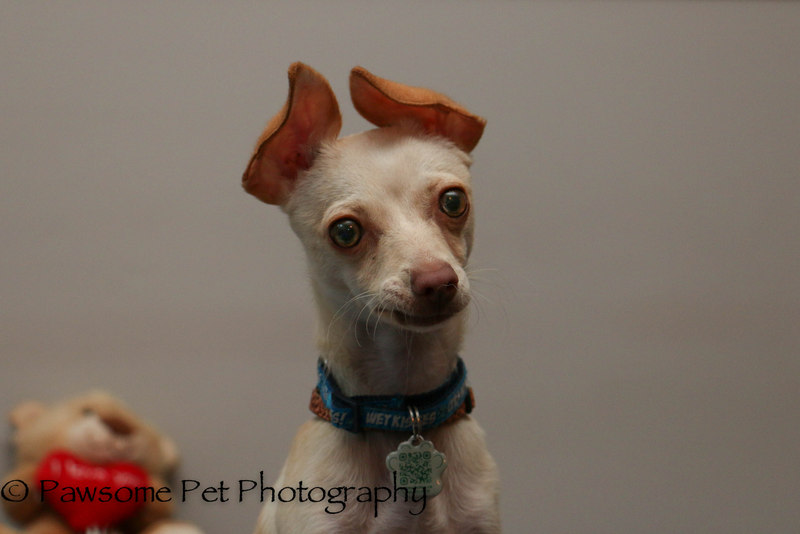