Taco has now been in his fur-ever home for just over one week.  He has been re-named to Oslo.  He loves his new name, his new home and his daddies.

He now knows where his food, water, and toy chest are located and often finds his way into his dads’ bed where he would sleep all day if permitted to do so.

Oslo enjoys turning both laps and decorative pillows into places to rest, sleep and supervise his kingdom.

Additionally, he is getting used to welcoming new friends and extended family into his home for visits, and is also finding fulfillment barking at and scaring away threats to his home… although he is still learning who is friend and who is foe.

Oslo’s daddies are extremely happy to have him now as part of the family after their previous chi’s passed away due to old age. 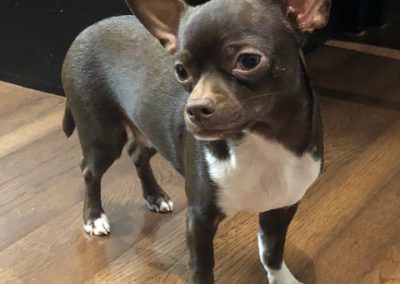 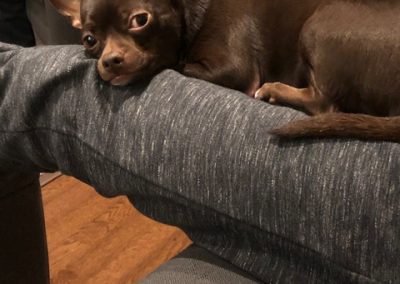 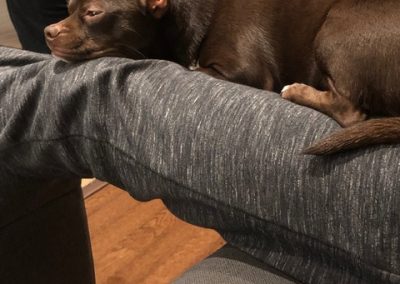 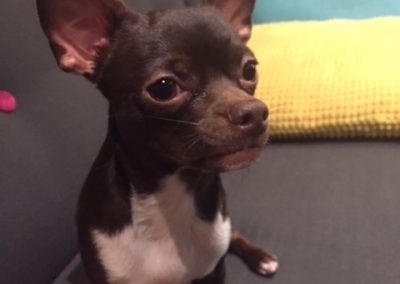 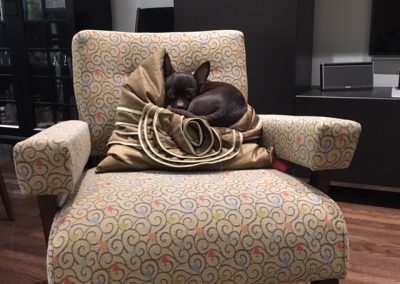