These 2 sisters recently found their way to their forever home, together.  There really is no happier ending possible for a bonded pair and we were thrilled to receive an update from their new family this week,

The Story of Cookie and Ruby and Finding Their Forever Home

I’ve always had cats. Cats are easy. They don’t need you, you need them. And they know it.

Cats clean themselves, eat when they want, have their own indoor bathroom (litter box), replace any need for pest control, and are purr-dy.

But cats aren’t dogs. They can’t read your face, or react to your tone.  They don’t come to the door when you arrive, rewarding you with their busy tails and happy barks for making it through another crazy day.

And – cats are much harder to train.

We met Cookie and Ruby, Chihuahua sisters (a bonded pair) after having fallen in love – unexpectedly – with another Chi. We met “Daisy” at a local animal shelter on a tour during an open house. Daisy was not available for adoption, as she had been surrendered under suspicious circumstances, but that didn’t mean we didn’t stop thinking about her.

Having always wanted a dog, and recently buying our first home, the time was right to adopt, and if we couldn’t rescue Daisy, then we were going to see what furry friends were out there – in need of us, as much as we (our family of five), was of them.

I came across Canadian Chihuahua Rescue & Transport through an online search. Cookie and Ruby were not yet available for adoption, but their pictures were posted and they were cute as buttons. I completed an online application, with as much detail as I could include, and waited to hear back. The same day I heard from Terry, who had vetted my application and called to match a voice to my questionnaire. I was shocked at how quickly Terry called, and how nice she was on the phone. I had heard from other friends who’ve adopted that a call back (from other organizations, not CCRT) was rare.

Terry and I chatted about “the gurlz”, as my husband and I now affectionately call them, in length and she asked to pass my name and number along to Kim, their foster mum.

Kim also called me the same day, and we chatted about Cookie and Ruby’s personalities – their quirks, and their kindnesses.

She told me they prefer to eat from porcelain dishes (over metal), and that although Cookie was smaller (weighing in at just 4 lbs.!) she was dominant in her relationship with Ruby (10 lbs.) and the leader of their little pack.

We set a date to meet the girls in Kim’s home and the excitement began to build.

My children, ages 13, 16, and 17 (all boys) were overjoyed at the prospect of getting not only one dog – but two! As all five of us needed to meet the foster parents at once, we piled into the family SUV and headed out for our scheduled visit.

When we arrived at Kim’s house, we were greeted by the gurlz, and their foster siblings – Kim’s dogs and cats. What a busy house! So full of love. So warm and cozy. We sat with the Kim and her family for about an hour, getting to know Cookie and Ruby, and ultimately, falling in love.

The process continued with a home visit, reference checks and more visits with the gurlz until we heard the good word – Cookie and Ruby were coming home. We were completing our family circle.

It’s been just over a week since our pups (age 2) have been home, but I can report they’ve blended in seamlessly. There’s been a few accidents (to be expected, as we’re still learning their routine), and we’re still getting to know their preferences, but overall I can’t imagine my life without them now.

Cookie is small, black and white, and has the shiniest coat. She walks with confidence – even beside my husband who is 6’ 2” – and is always alerting us (by way of tiny bark) when someone is coming to the door, even before they knock. She can already sit politely for treats, and she pees outdoors every time she goes out. She loves to be warm, and sleeps against my back or legs, under the covers, every night. Her eyes are so black you often can’t properly capture her face on film, and she loves salmon flavoured treats. She’s a gem.

Ruby is very expressive. She loves to stand on two legs and dance for her treats and love. When she’s made a mistake, she raises one paw close to her body and looks at you with those brown doggie eyes that could melt ice caps. There’s never a need to yell – she already knows a mistake occurred, and is apologizing for it before you even ask. Ruby loves to have her belly rubbed, and always tucks her face in when she’s sleeping. She too sleeps in bed with me, beside her sister, and close to me. We’re a pack now, and they’ve accepted me.

Having Cookie and Ruby has changed our lives so much. And only for the better. I will admit I was a little nervous about the commitment at first, having only ever had cats to care for, but the girls repay any of their requirements with so much love and acceptance that I am actually indebted to them.

My kids have adjusted well too, and have allowed me to bond with the dogs while offering to host walks and refill water bowls. Hugging and petting them while they rest in my lap.

I’d like to extend a sincere thank you to CCRT for their excellent work with surrendered and abandoned Chihuahuas. It is shocking to me that there even needs to be an organization dedicated to fostering and re-homing this breed (or any breed for that matter), given the amount of love they have to give, and their adorable little faces. But since the need does exist, it’s good to know that people like Terry, and Lee 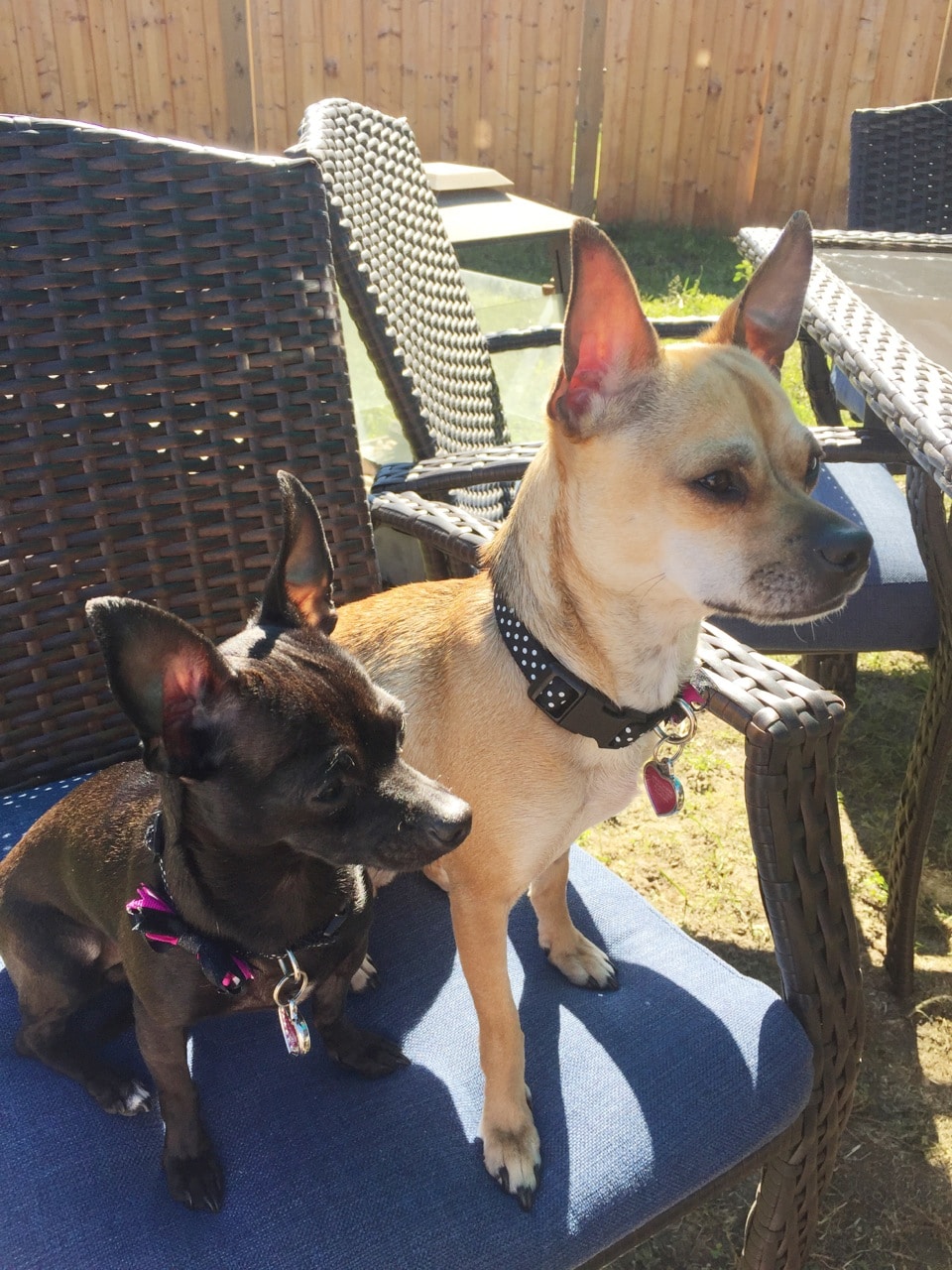